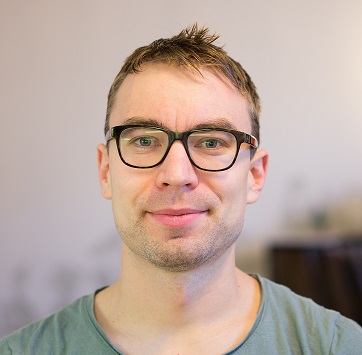 Introduction to working with Kaldi lattices, and differences to SLF

Differences between SLF and Kaldi lattices

During speech recognition, the decoder explores a search space that in principle contains every possible sentence. It is often useful to save a subset of this search space as a directed graph, where the nodes or edges correspond to word hypotheses. The scores computed using acoustic and language models are saved in the graph so that it can be efficiently rescored and decoded using different, perhaps computationally more demanding, language models.

HTK recognizer defined the Standard Lattice Format (SLF), which has been widely adopted. It is basically a text file that lists the graph nodes and edges. The nodes may contain time stamps so that the words can be aligned with audio. Usually the word identities, and language model and acoustic scores (log-likelihoods) are stored in the edges.

Kaldi represents many components of the speech recognition system as finite-state transducers (FSTs), including hidden Markov models, language model, and pronunciation dictionary. FSTs are finite-state machines that produce output when they transition from one state to the next. This is nothing but a certain kind of directed graph, so lattices in Kaldi are naturally also represented as an FST. In this case the output is the word identities.

The FSTs in Kaldi are weighted, meaning that each arc is associated with a cost of taking that transition. In lattice FSTs the weights are defined by the acoustic and language model scores. The numbers are a bit different from the scores that one finds in SLF lattices:

The last item requires some consideration when rescoring language model probabilities. In order to preserve the rest of the graph cost, one could subtract the old language model cost from the graph cost, and add the remaining value to the acoustic cost (which will not be modified during rescoring). However, if the lexicon doesn’t include pronunciation probabilities, and silence probabilities are not estimated, this might not be worth the trouble. The default silence probability of $0.5$ can be compensated by a word insertion penalty of $\log(2)$, and the transition probabilities don’t make much difference.

A look inside Kaldi lattices

Kaldi stores lattices in its general purpose archive format, which can be either binary or text. Usually the lattices are saved in binary CompactLattice form. lattice-copy command can be used for converting between binary and text formats, as well as Lattice and CompactLattice. One file may contain multiple lattices. The decode scripts in the example recipes save the recognition lattices from job N into lat.N.gz.

In order to see what a lattice file contains, one can simply convert it to text form using lattice-copy. Words are stored in lattices as integer IDs, so the output makes more sense if the IDs (third field) are converted to words using the mapping found from words.txt in the lang directory:

The firts line of the output contains the utterance ID. The following lines each contain start and end state, word, and a comma-separated list of weights. If the lattice is in CompactLattice format, the weights include acoustic cost, graph cost, and transition IDs:

In the above example, the first transition from state 0 to state 1 is associated with language model cost 14.6843. The graph cost -224.556 is negative, which is possible because a neural network acoustic model has been used to create the lattice. The transition IDs start with a long sequence of silence states. There are no transition IDs associated with the word on. This is because generally the weights are not synchronized with each other and the word identities—it is only meaningful to look at a whole path from the initial node to the final node.

Often it is useful to align the transition IDs with word boundaries, so that one arc corresponds to one word, by calling lattice-align-words first:

lattice-best-path is a simple utility to decode the best path of lattices and output word IDs. A word symbol table can be provided for mapping the IDs to words, but that affects the debug output only. In order to write text transcripts, one can output in text format and convert the word IDs to words using int2sym.pl (excluding the first field, which is the utterance ID):

A linear lattice can be converted into time marked CTM transcript using nbest-to-ctm, which is useful if you need to know when each word was spoken. First the lattice must be aligned with word boundaries. Again the word IDs (the fifth field) need to be converted to words:

The CTM file will contain five fields on each line: utterance ID, audio channel, begin time in seconds, duration in seconds, and the word.

Some operations, for example rescoring with a neural network language model, can take a lot of time if the lattices are large. lattice-prune can be used to prune paths that are not close enough to the best path, in the same way as lattice-tool -posterior-prune does (from SRILM toolkit). The threshold for pruning is given in the --beam argument:

When optimizing the lattice size, it is helpful to know the oracle word error rate. lattice-oracle computes the minimum error rate that can be obatined from the lattice, in a similar way that can be done using the SRILM command lattice-tool -ref-file. The command takes as input the lattice file and the reference transcript. Transcripts are expected to be in form of utterance ID followed by word IDs, so utils/sym2int.pl should be used to map the words to word IDs. Any out-of-vocabulary words in the reference transcripts need to be mapped to the [oov] tag first:

The program also displays the oracle word sequence, and writes the word IDs to the file given in the third positional argument.

Kaldi lattices can be converted to SLF for processing with external tools. There are two scripts in the egs/wsj/s5/utils directory that are designed for that: convert_slf.pl converts a single lattice, and convert_slf_parallel.sh supports converting a batch of lattices in a compute cluster.

The command for submitting batch jobs is given to convert_slf_parallel.sh in the --cmd argument as usual. The script also takes path to the data directory just for checking that the number of lattices matches the number of utterances, lang directory that contains the necessary word tables, and decode directory, where the lattices are:

Note that the language model scores in the created SLF lattices are actually graph scores, as explained above.